Warning: count(): Parameter must be an array or an object that implements Countable in /home/customer/www/bonjourchiara.com/public_html/wp-content/plugins/memory-core/core/metaboxes/init.php on line 746
 Travel Diary: Staycation At Belmond Villa San Michele - Bonjour Chiara

It’s weird. On a side of my desk I have the October issue of most of my favorite magazines, a guideline for Winter trends and travels. On the other side I’m going through all the photos that I took last August to put together this post. In fact, I can’t call the summer officially over without talking about the little staycation Massimo and I did back in August.

Everything started months ago when I found a curious email “If ever your travel brought you to Florence…“. At the beginning I thought it was spam but when I opened it I immediately realized that it was an invitation to spend a couple of days at Belmond Villa San Michele, in Fiesole (a little town located on the hills over Florence). A look at the website and I understood that those two days would have been anything but a simple holiday. 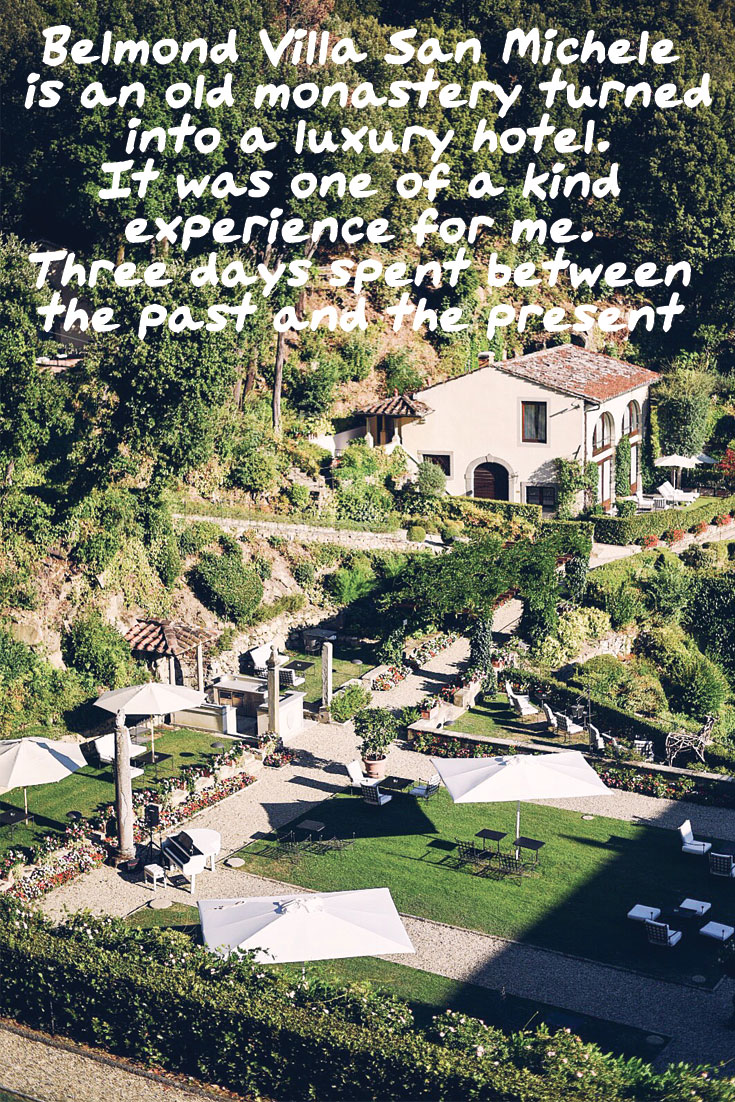 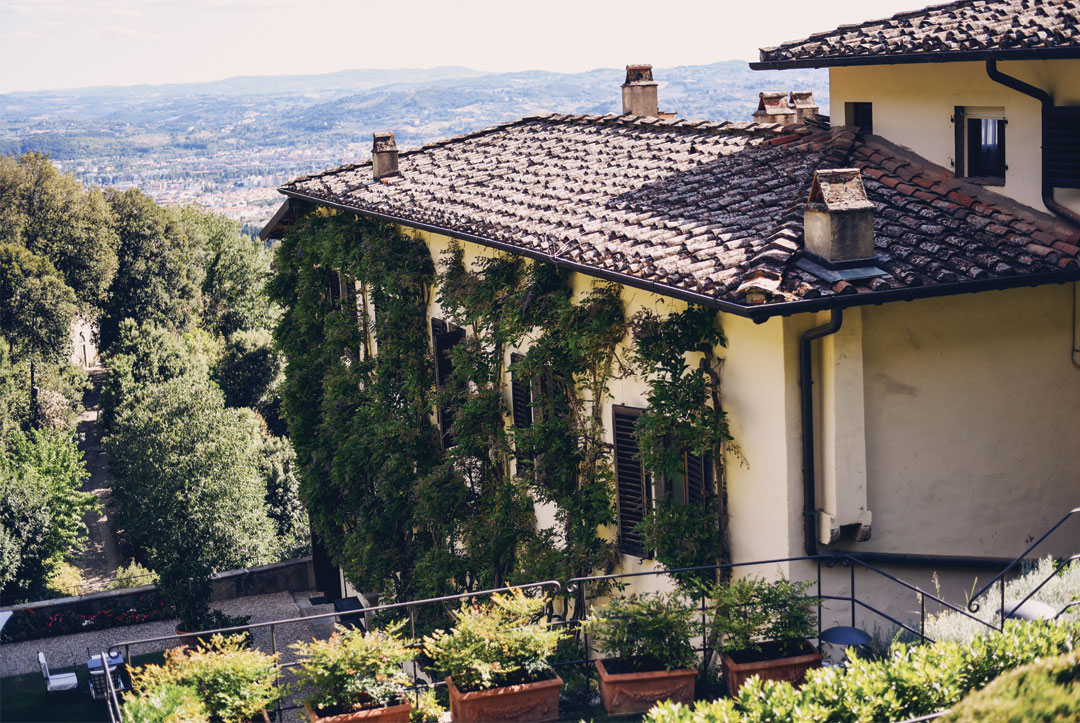 Belmond Villa San Michele is a modern luxury hotel litteraly built-in in a 14th-century monastery. Modern because it offers all services and accomodations that you can think of. But despite the modernity and the comforts, Belmond Villa San Michele kept as much as possible the place, the monastery and all the main parts as they were in the past. And this is what really makes this place one of a kind!

I was totally fascinated by the idea that I was walking on the same floor where people from the 14th century lived their life. That I slept under the same roof where Napoleone spent some of his days. The idea that I was looking at something thought and created by Michelangelo took my breath away!

And if these weren’t enough, there was also the view. No, sorry, I mean THE VIEW. Right under your nose there is Florence, in all its glory and beauty! 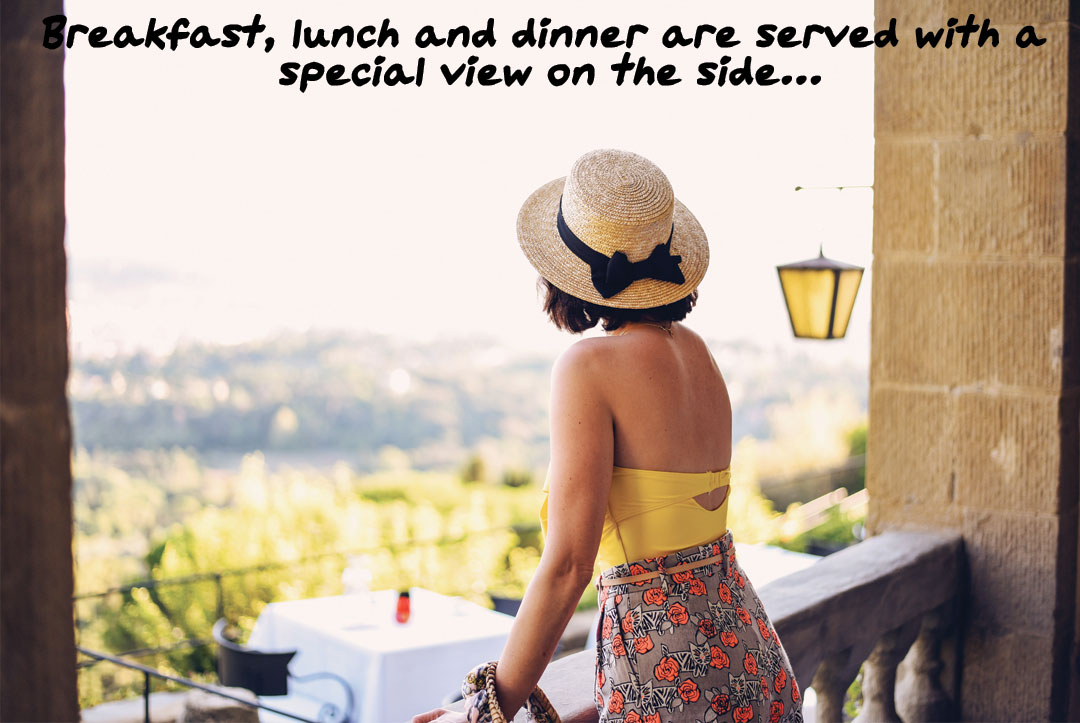 Our three-days-holiday was all about good food and relax. But one morning we forced ourselves to leave the swimming pool behind us to visit Florence. It wasn’t our first time, but still it looked like it was. Florence is amazing! You totally understand the reason why this city attracts so many tourists from around the world. 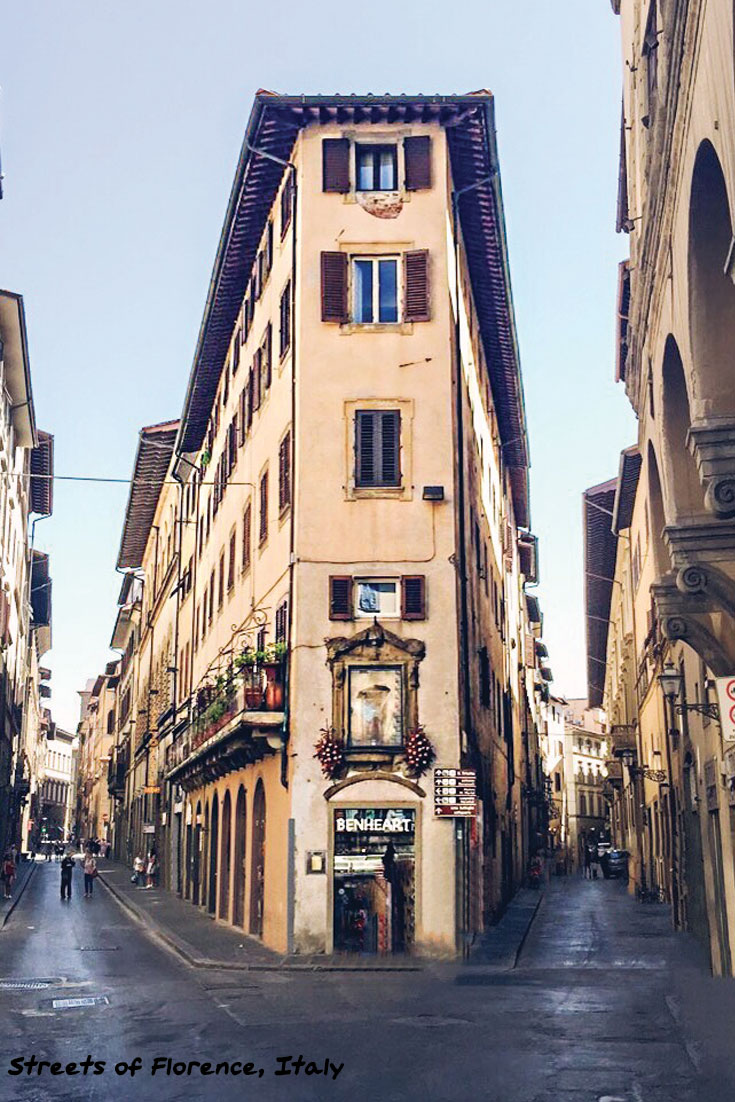 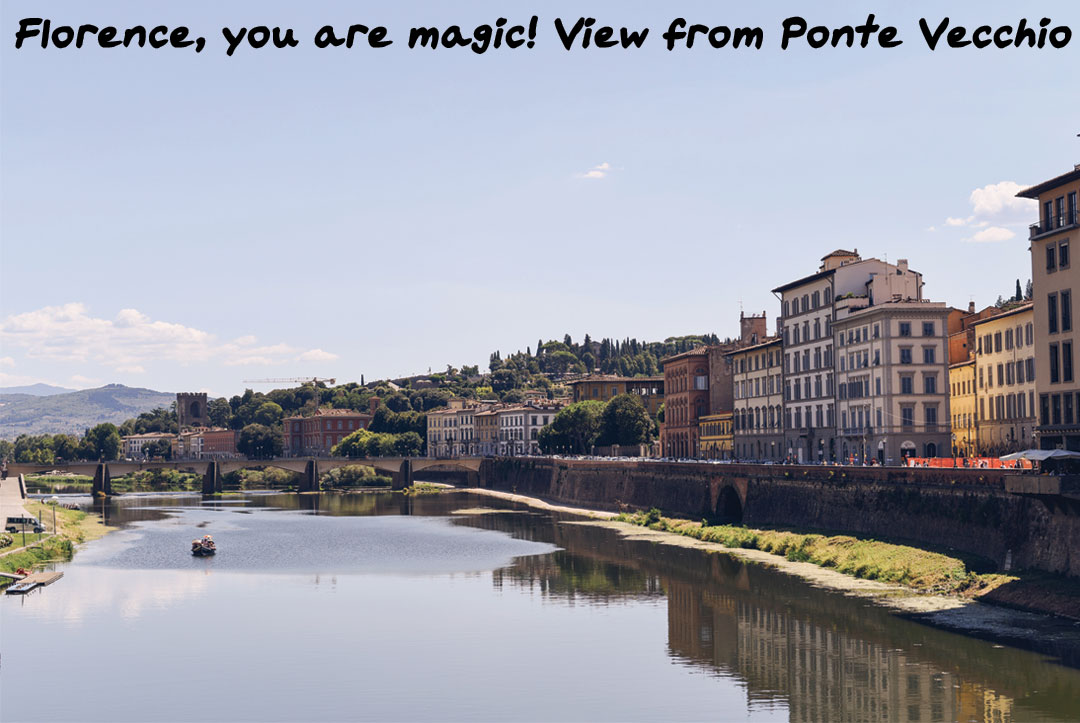 We spent three hours in Florence. Belmond Villa San Michele offers a complementary shuttle service that drops you in the centre of the city so you don’t need your own car (fortunately, because I’m pretty sure that to find a parking in Florence is a serious game).

During these hours we visited few of the main and most popular spots: Ponte Vecchio, Galleria degli Uffizi, Cattedrale di Santa Maria del Fiore, Palazzo Pitti, Basilica di Santa Croce and Palazzo della Signoria. Be ready to be amazed by all these places. At the same time, be also ready to find tons and tons of tourists and, consequently, to overpay a simple icecream. 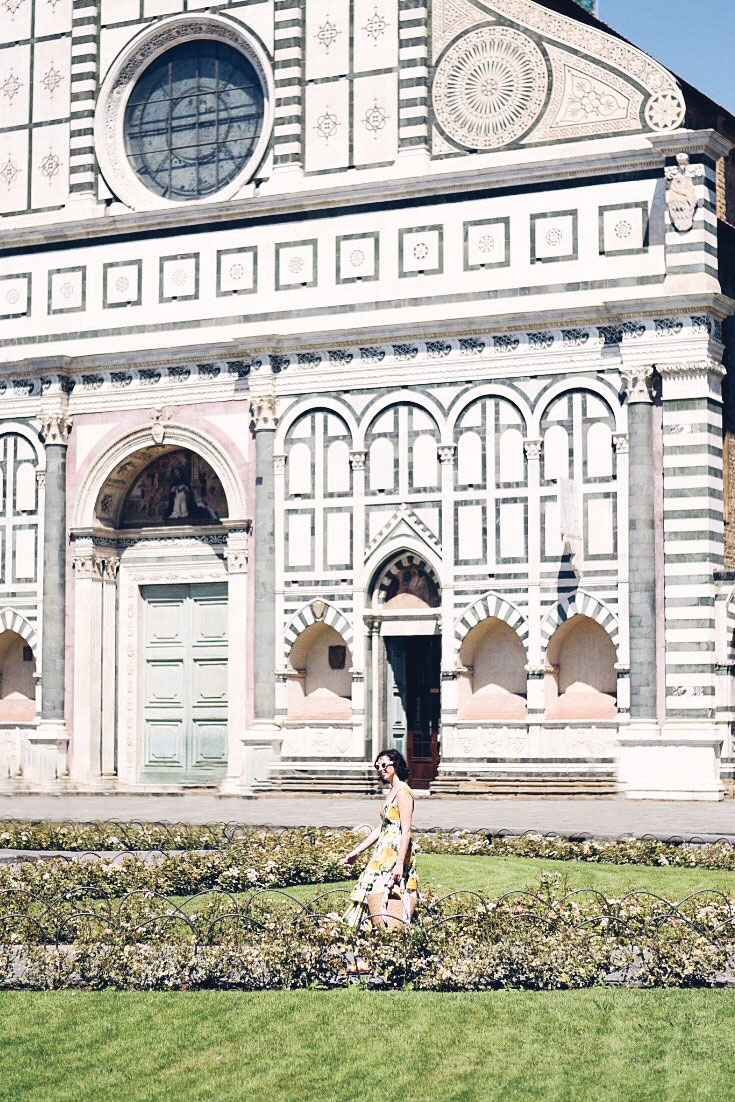 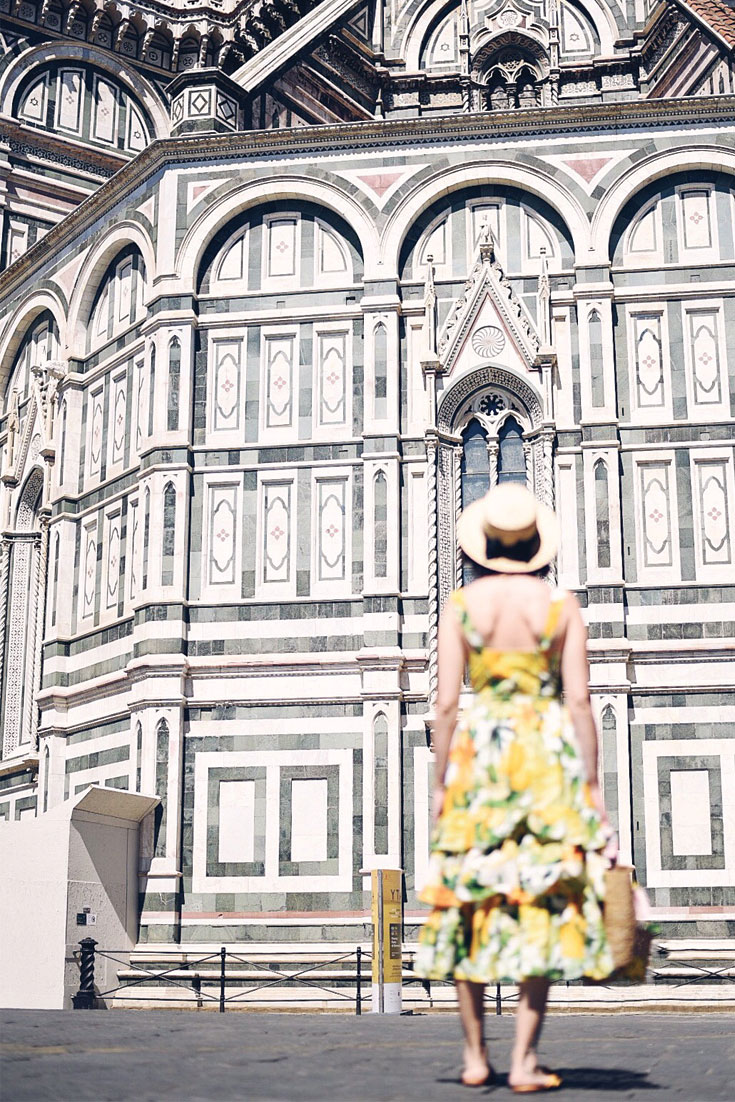 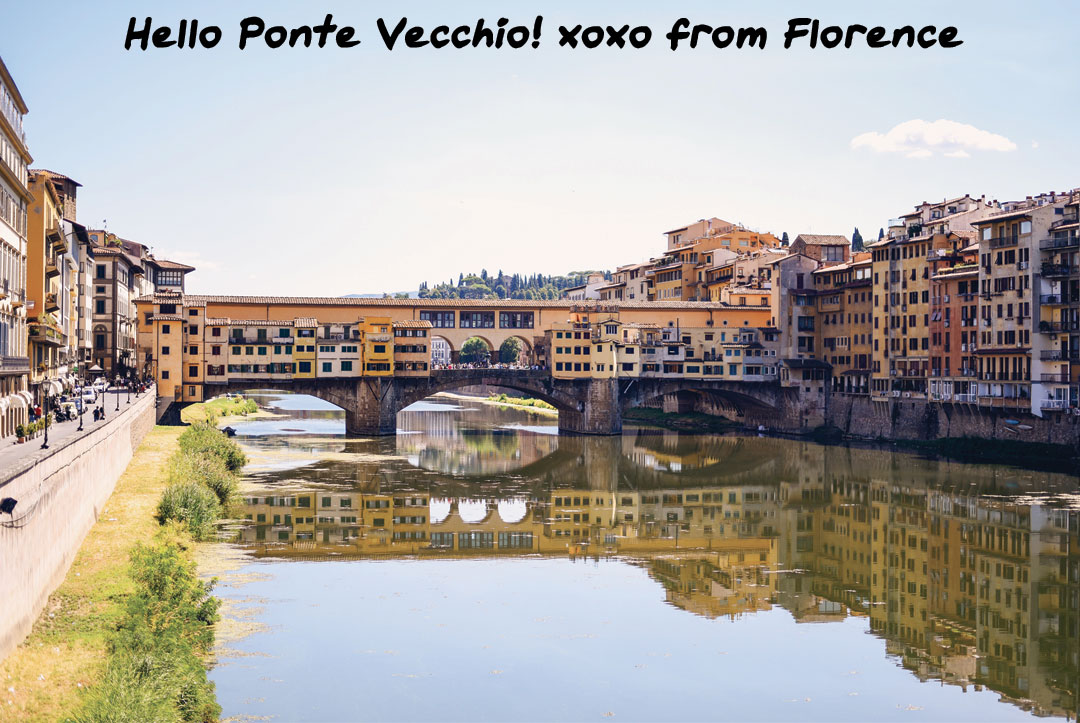 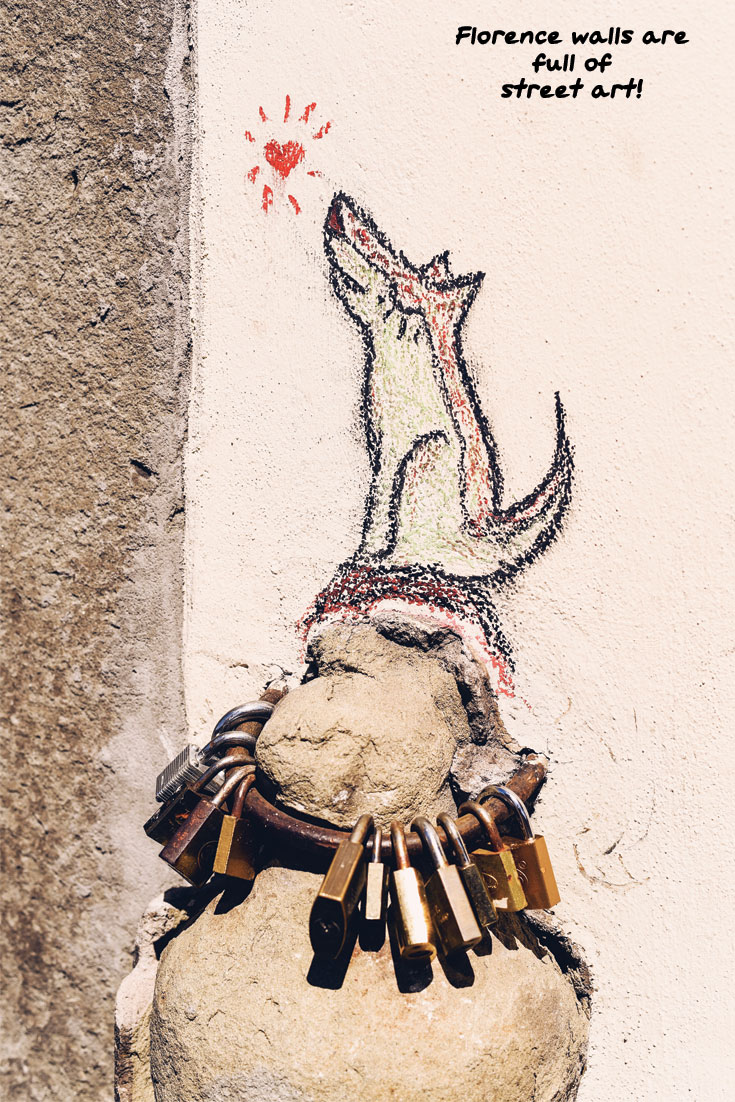 We almost burnt ourselves under the sun of August, so, obviously, once we went to the hotel, we spent another couple of hours at the pool. Looking the sun going slowly down over Florence is spectacular!

Tuscany is famous in Italy and around the world for the good food. And I’m here to confirm it. We had dinner in two different places, suggested by the hotel: Trattoria Cave di Maiano and Vinandro. Both highly highly recommended! The first one offers most of the main typical dishes from Tuscany. The second one interprets the tradional food, creating unexpected and delightful combinations. In both case, I suggest you to book in advance. Especially the second restaurant is really tiny! 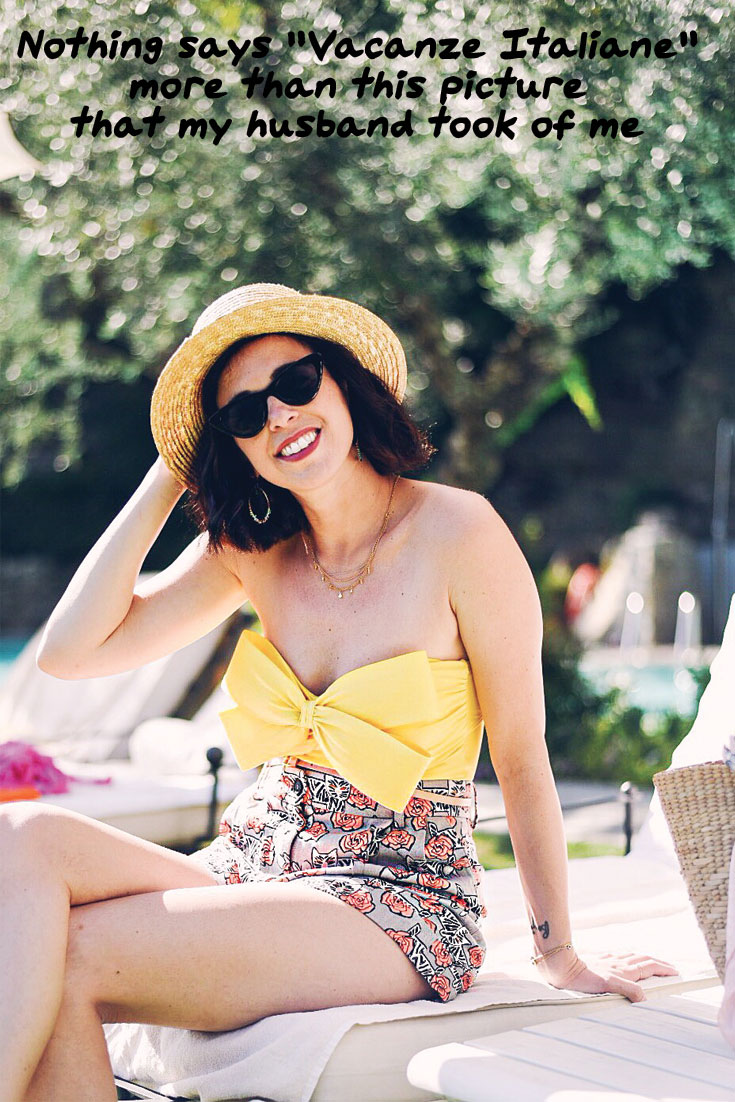 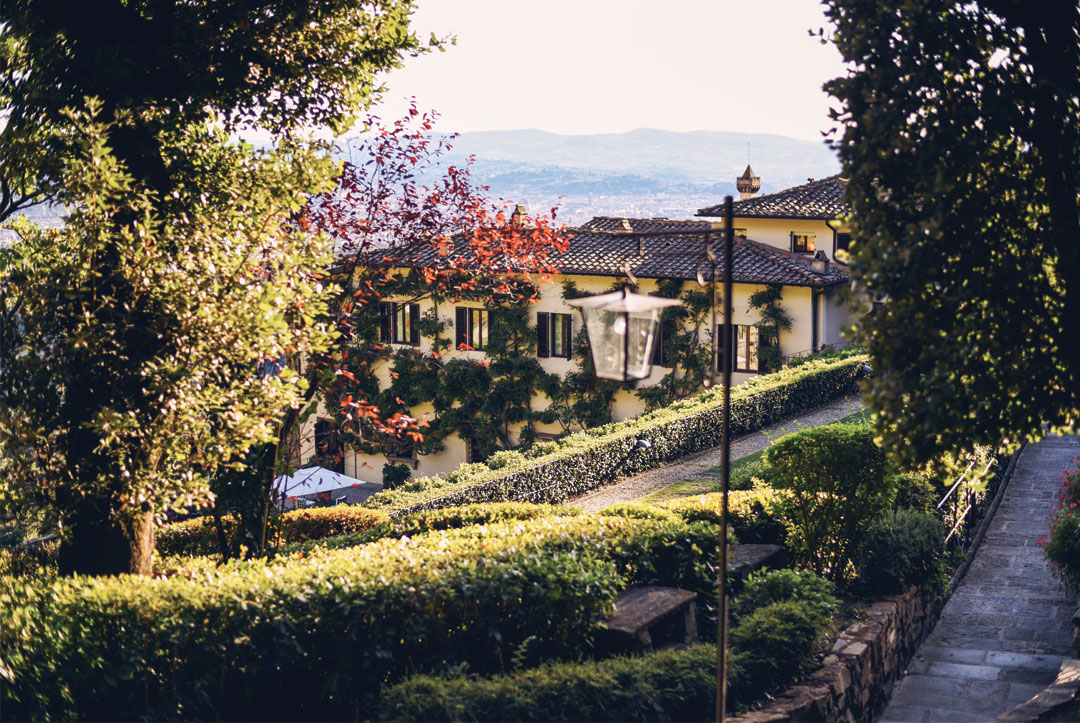 I want to thank Belmond Villa San Michele for having me and Massimo. We really enjoyed every single minute of our staycation. People were very friendly and the stuff really professional. Clients come from all around the world, so the stuff speaks English perfectly. The atmosphere at Belmond Villa San Michele is realxing, chilling but luxurious at the same time. I really loved it! It’s the perfect place where to stop at for some days if you are planning to visit Italy and the main cities. You will be close to Florence, but, at the same time, far enough to enjoy peaceful moments (maybe with a glass of good wine in your hand!)

Further, Belmond Villa San Michele offers many solutions for weddings and honeymoon. Massimo, now you know where you should bring me for our next anniversary! 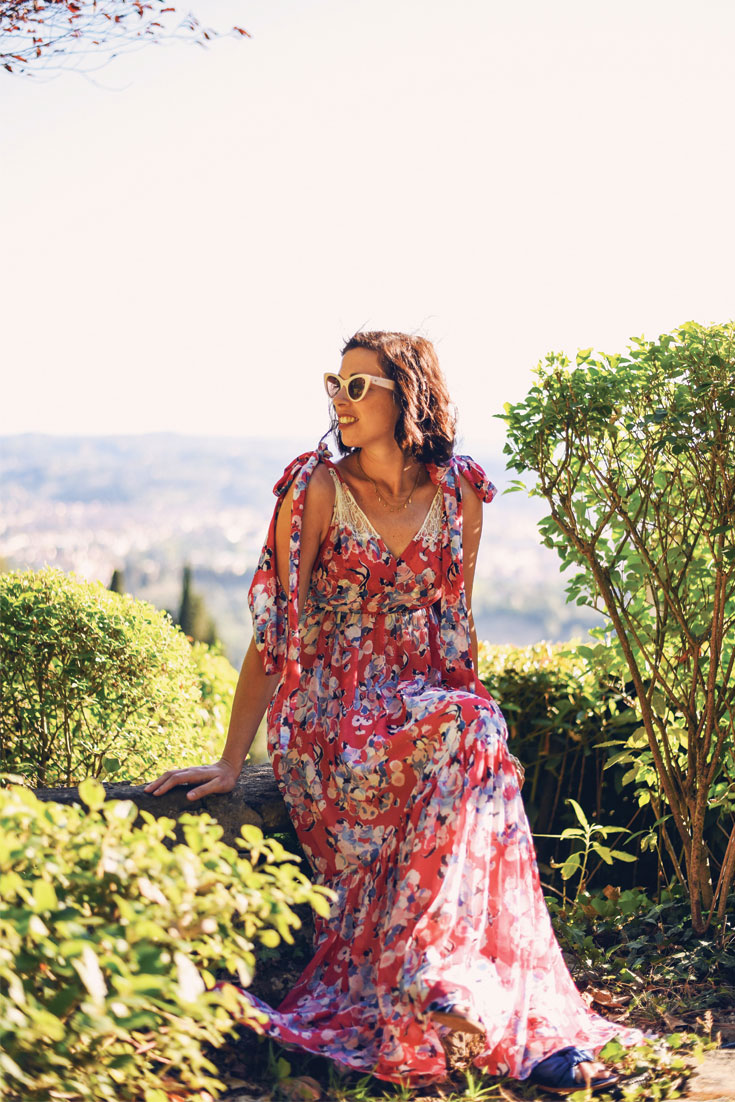 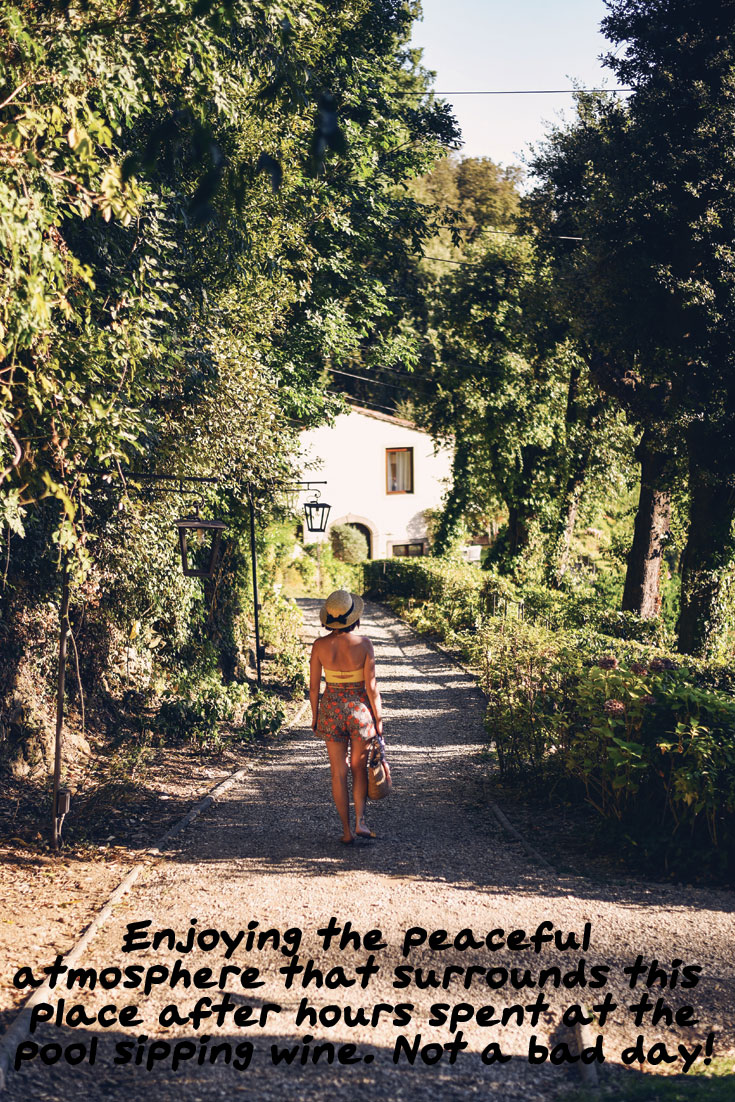 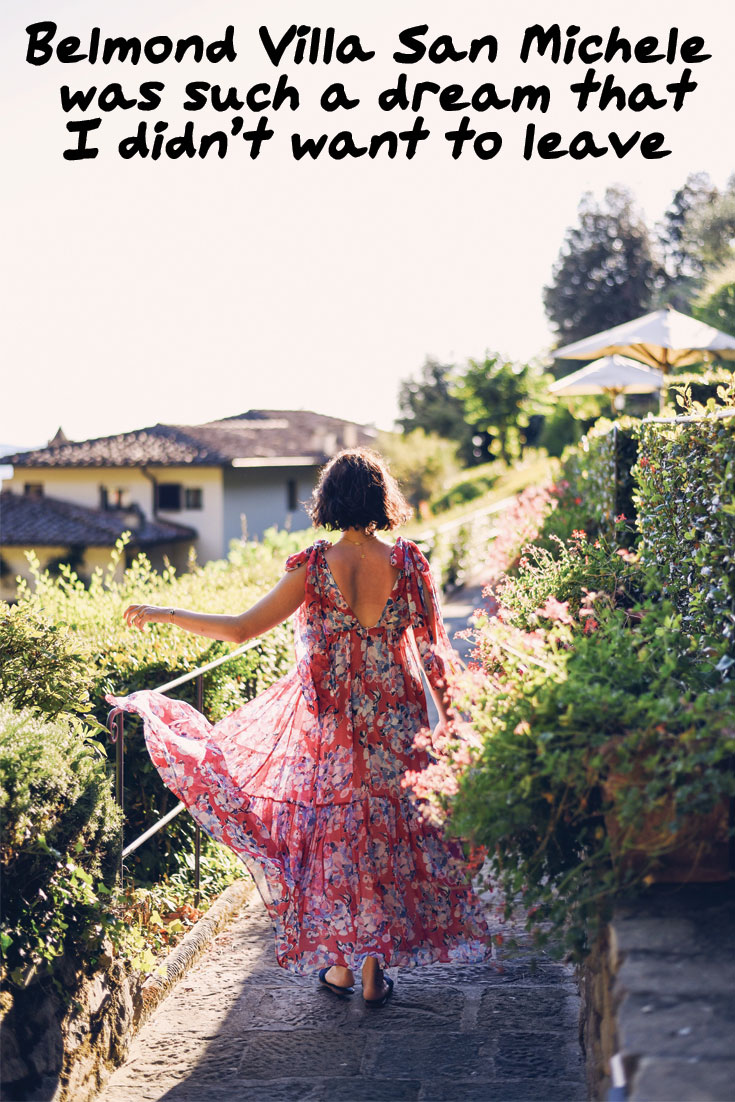 *Thanks Belmond Villa San Michele for hosting us. All thoughts are my own.

Travel Style Guide: What I Wore In Phuket
Phuket Travel Guide
The Ultimate Gift Idea For Travel Lovers
The Gardens of Villa Taranto And Isola Bella
By The Alps – Alagna & Macugnaga
One Day At Verona
A Luxury Experience With Emirates A380
Day 3 In Oman – Best Places To Visit In Salalah
Day 1 In Oman – Rotana Resort Salalah

You can tell it, it was really an amazing trip!!
xoxo,Chiara

I had such a great time there, and well,Tuscany is really a region to discover!
xoxo, Chiara

such magical photos...love them!! and your outfits are so perfect.
kisses from the sandpit ❤︎
www.mahryska.com

Thanks so much my love!
xoxo, Chiara

Wow these pictures are incredibly beautiful... love your outfits.

This place is gorgeous! I think I need a staycation asap. Lovely photos dear!

fiesole is so nice peaceful place. I was living in Florence for 10 years, glad that u liked it

WoW! Obsessed with this place already i have been Florence but i would definitely want to visit it again and explore it!
Your outfits were beyond sublime, loved the dresses
Sara.B
XoXo