Warning: count(): Parameter must be an array or an object that implements Countable in /home/customer/www/bonjourchiara.com/public_html/wp-content/plugins/memory-core/core/metaboxes/init.php on line 746
 Scrunchies - Bonjour Chiara

Probably the story of Sex and The City would have been different.
Probably if Carrie knew that scrunchies would have come trendy again she wouldn’t fight with Jack Burger. They wouldn’t have broken up. Carrie would have never married Big and all girls would have continued to think that Big(s) is a man to forget instead to be married with ( just to know, I married my Big!).
Instead the story is different.As often happen in fashion, some items are real must have in certain years and something to hid in anothers.
For example scrunchy. Protagonist of 80’s. Hated in 90’s. It’s coming to be cool in modern age.
Yes. You heard well. Scrunchy is back.I’m not a fan. I have to be honest. It reminds me to my childhood too much. I want to feel as a woman now, not as my little girly sister. But I’m not the person who decides what is up and what is down in the fashion’s scene. So the only thing I can do is accept that this trend is back and hope that no one will follow it! 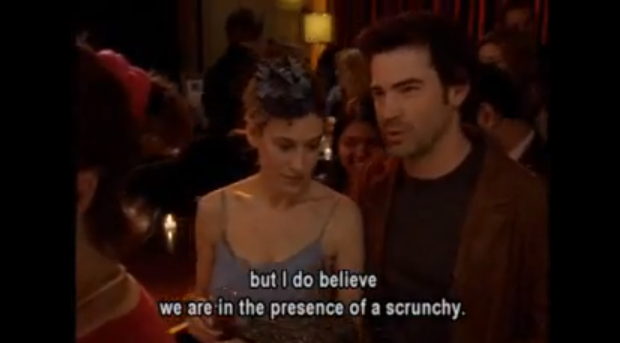 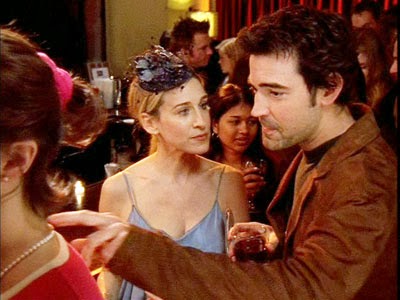 I love the pink one from Newlook.com! *o*

Great post, I enjoy so much the Sex and The City alternative finale ;)
I like this trendy, but I prefer wait to summer to wear it!
Big kisses,

I like the new look ones, but I rarely wear scrunchies anymore!! xx

This totally reminds me of my childhood too, but I think these are not that bad haha, love your picks

How funny! I have a negative association with scrunchies too because my mom would always tie my hair in a scrunchie...and the scrunchie was the size of my head. And I'm reminded of the hideous thing in every yearbook pic lollll. But I agree they are definitely making a comeback!

The ones you chose are super adorable! I love scrunchies as well! :)