It was pretty hard to pick a movie/serie tv to insert under the “What To Watch” section because I’ve been quite busy with Netflix/ITunes in the last weeks, watching tons of new series and movies. And I see a lot of Netflix in my near feature as well. Doha is literally an open oven, 46 degrees are killing me and there aren’t so many activities to do which don’t include malls and restaurants.

The Secret of Walter Mitty was a movie on my wishlist for long time. A friend suggested me to watch it many months ago but I never found the movie available for renting on ITunes. It was only available for purchasing. I waited and I waited again and then I decided to buy it 🙂

Walter Mitty is a man in the middle-age who has worked at Life (a lifestyle magazine) for almost the entire life. He has never travelled, he has never done nothing crazy. He is a visionary and a dreamer. He is secretely in love with a woman who barely knows he exists.
His life changes when Life is sold and the picture for the last cover is lost. Ready to find the photographer who shot the photo, Walter starts an extraordinary adventure who will take him from Groenlandia to Afghanistan.

I liked this movie although some scenes are quite weird that make you ask if you are watching a fantasy. But the message of the movie is wonderful, as much as the soundtrack (which I purchased right after finishing to watch the movie).

I haven’t read many books this month. Only Jeffery Deaver’s book Bloody Rivers Blues during my holiday in Oman which can be summarized in this way.

Hollywood location scout John Pellam unwittingly crosses the crime scene just few mintues before a gunfire leaves two people dead and one cop paralyzed. The feds and local police interrogate Pellam thinking that he knows more than what he says. Killers want to shout his mounth up. The thriller story starts and it becomes even more interested when a mysterious blonde woman makes her appearance.

When I downloaded The Secret Life Of Walter Mitty’s soundtracks I also discovered Stephen Steinbrick. His music is alternative and I immediately felt in love with the melody of Anagrams, his last album. Exactly that kind of music that I love listening in summer. I imagine myself dancing somewhere, holding a fresh cocktail in my hand. A music that makes me feel happy and melancholy at the same time. 9 euros well spent. 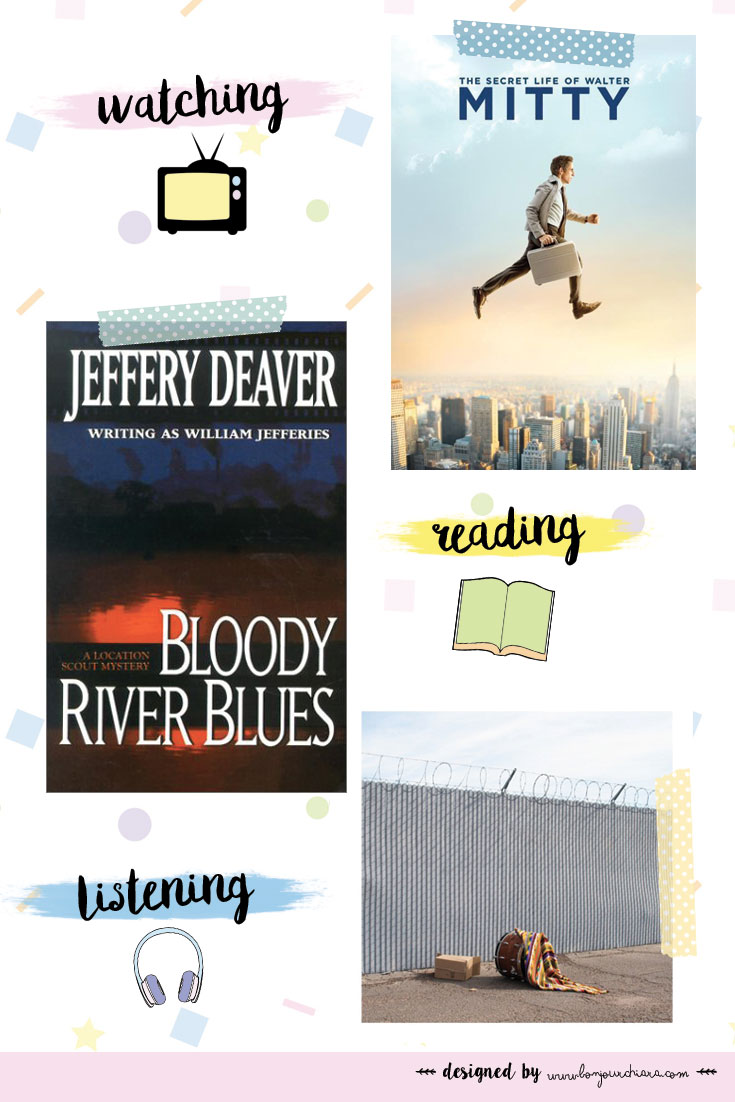 wow o love the concept of this post!! great idea! love the recommendation.