Warning: count(): Parameter must be an array or an object that implements Countable in /home/customer/www/bonjourchiara.com/public_html/wp-content/plugins/memory-core/core/metaboxes/init.php on line 746
 Jelala! - Bonjour Chiara

Jewels.
Who doesn’t love jewels?! I love them, especially when they are also vintage. So I was so happy when I founded a fashion event called “Afternoon Tea & Shopping” set by Fashion Rocks Qatar at Shakespeare and Co. in Dar Al Salam Mall.
There were a lot of interesting stuff. Vintage and handmade. I bought a vintage pair of earrings! Now I’m just waiting an occasion to wear them.
But the most exciting thing was to find there some pieces from Je La La! collection. Je La La! is a brand founded by Lulwa Al-Terkait, a Kuwaiti woman. It was 2009 when Lulwa realized that “a line of chic, classic, and modern with a twist jewelery pieces were missing from the market“.
So she started to create her own jewels which immediately became the brand Je La La! (which reminds “Oh La La” a french expression to say “Wow”).
My favourite creations are earrings which usually are irregular. The right one and the left one are different, creating a nice movement on your face,
I really recommend to check Lulwa’s website and start following her via Istagram. 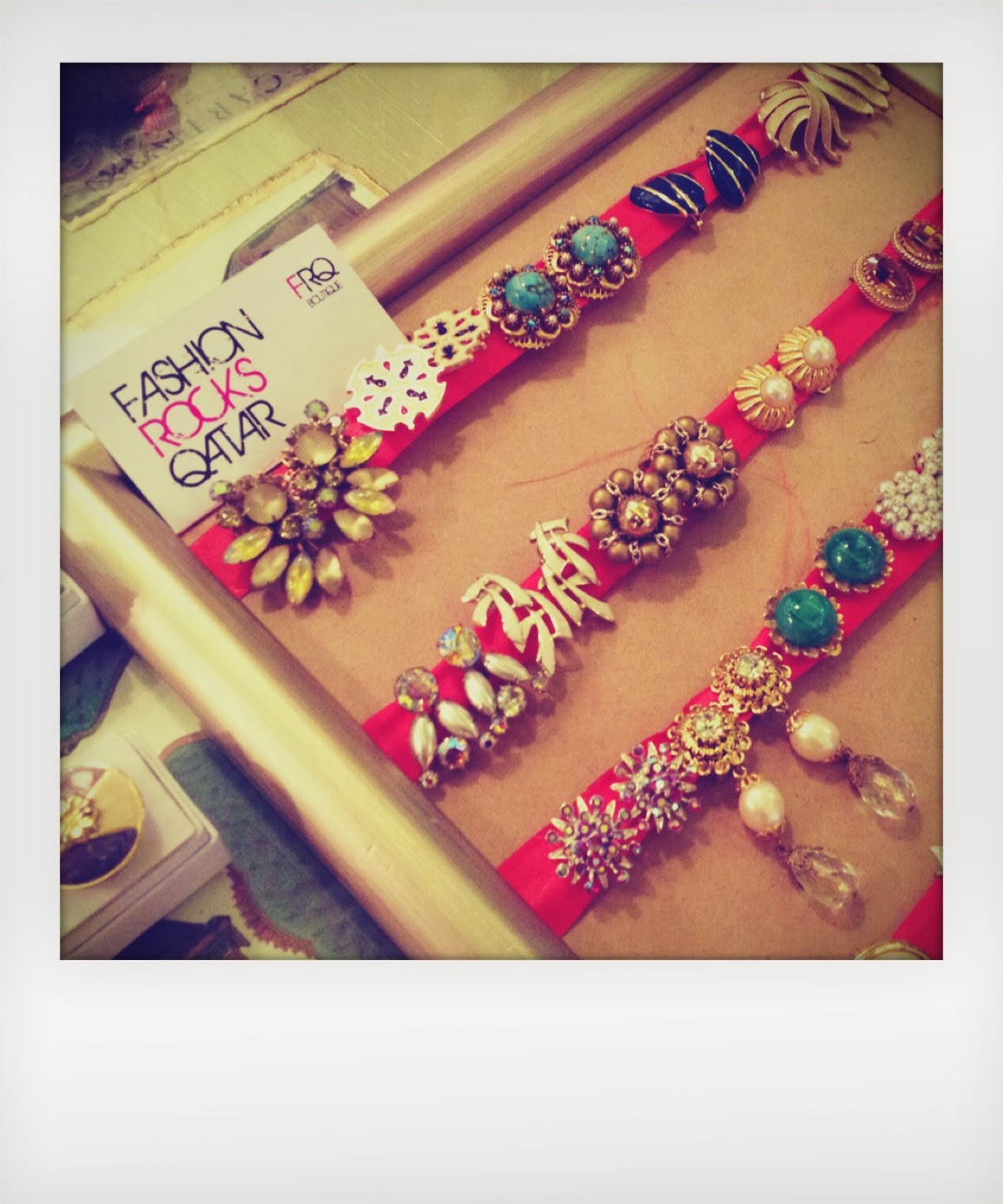 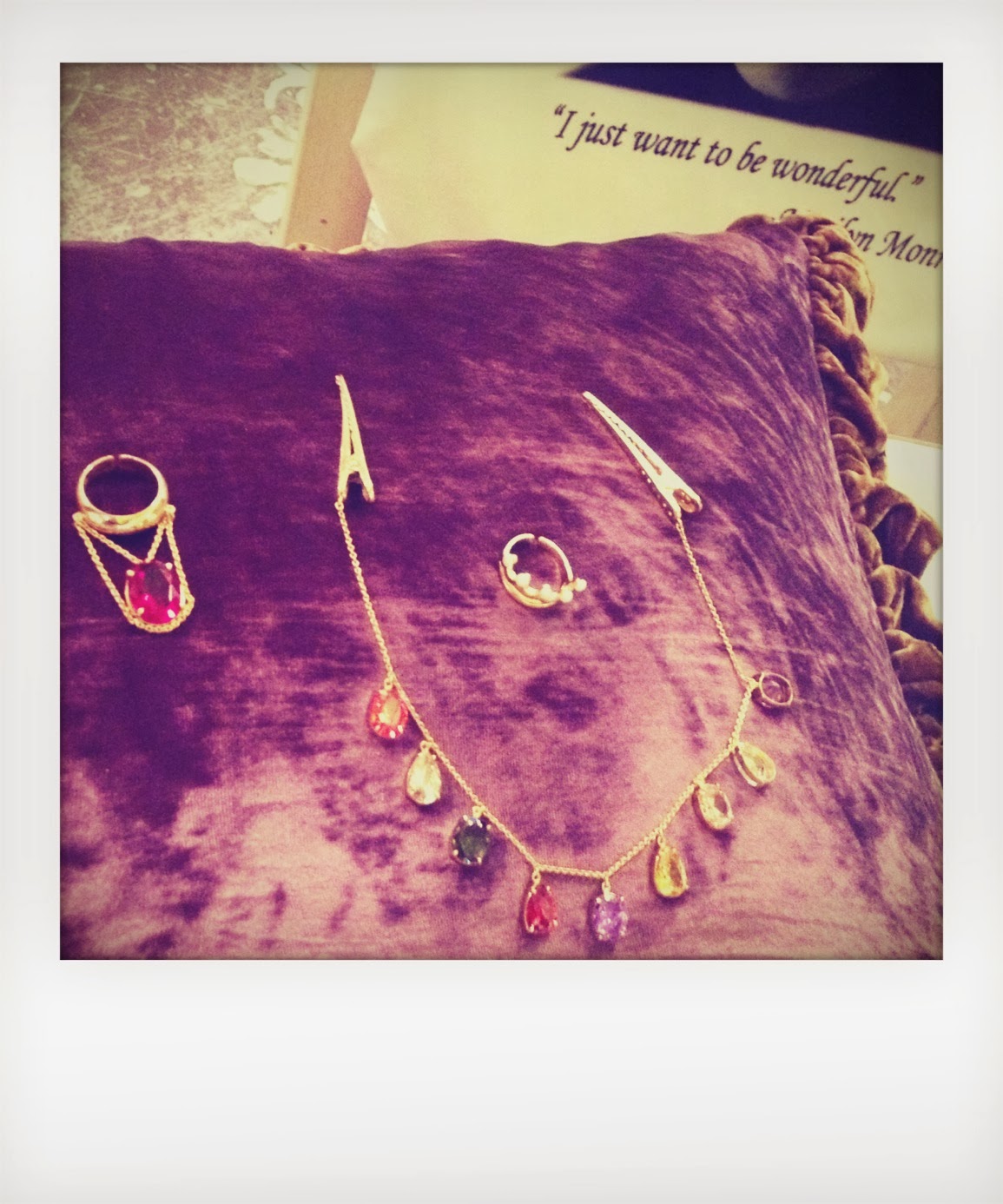 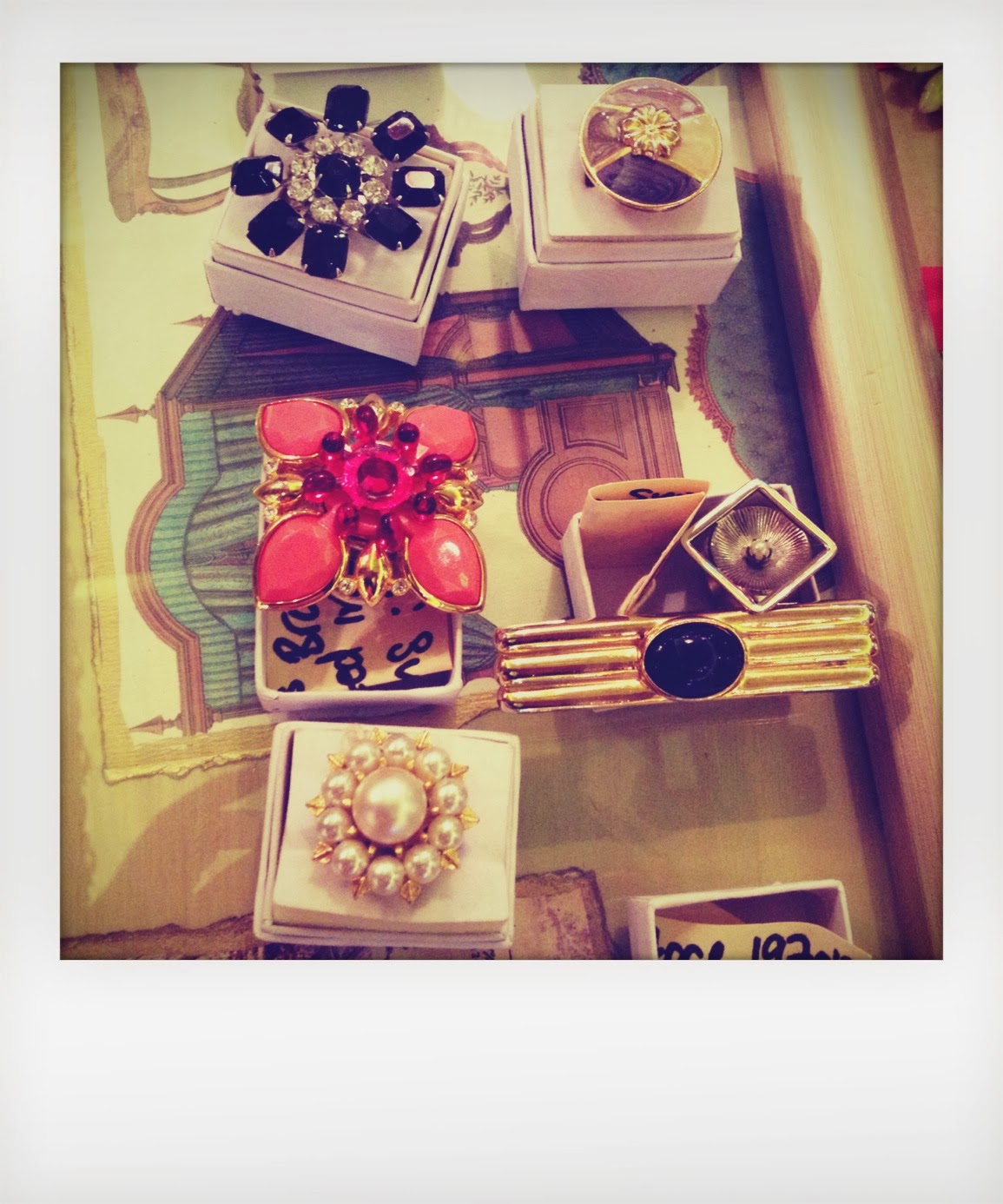 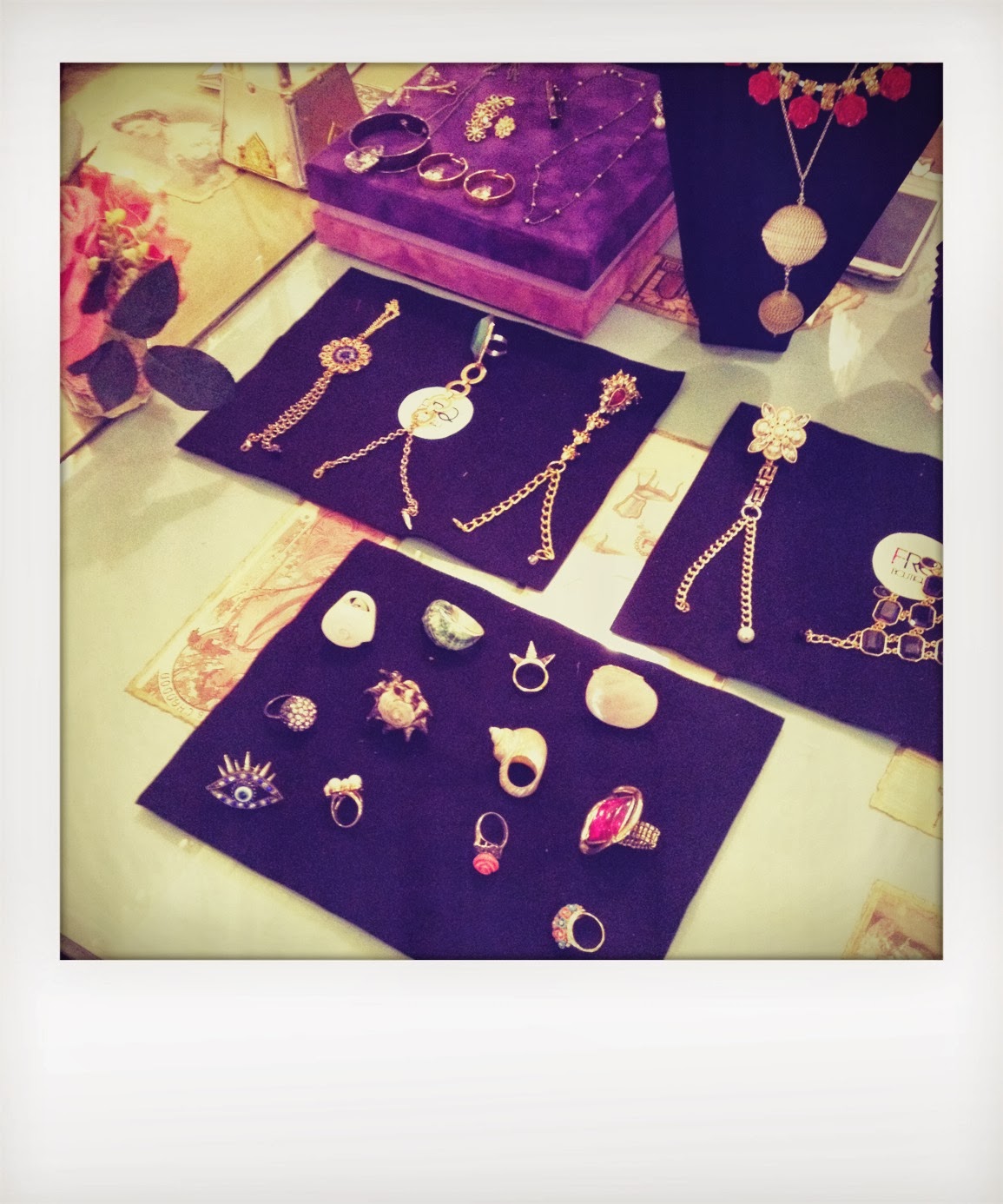 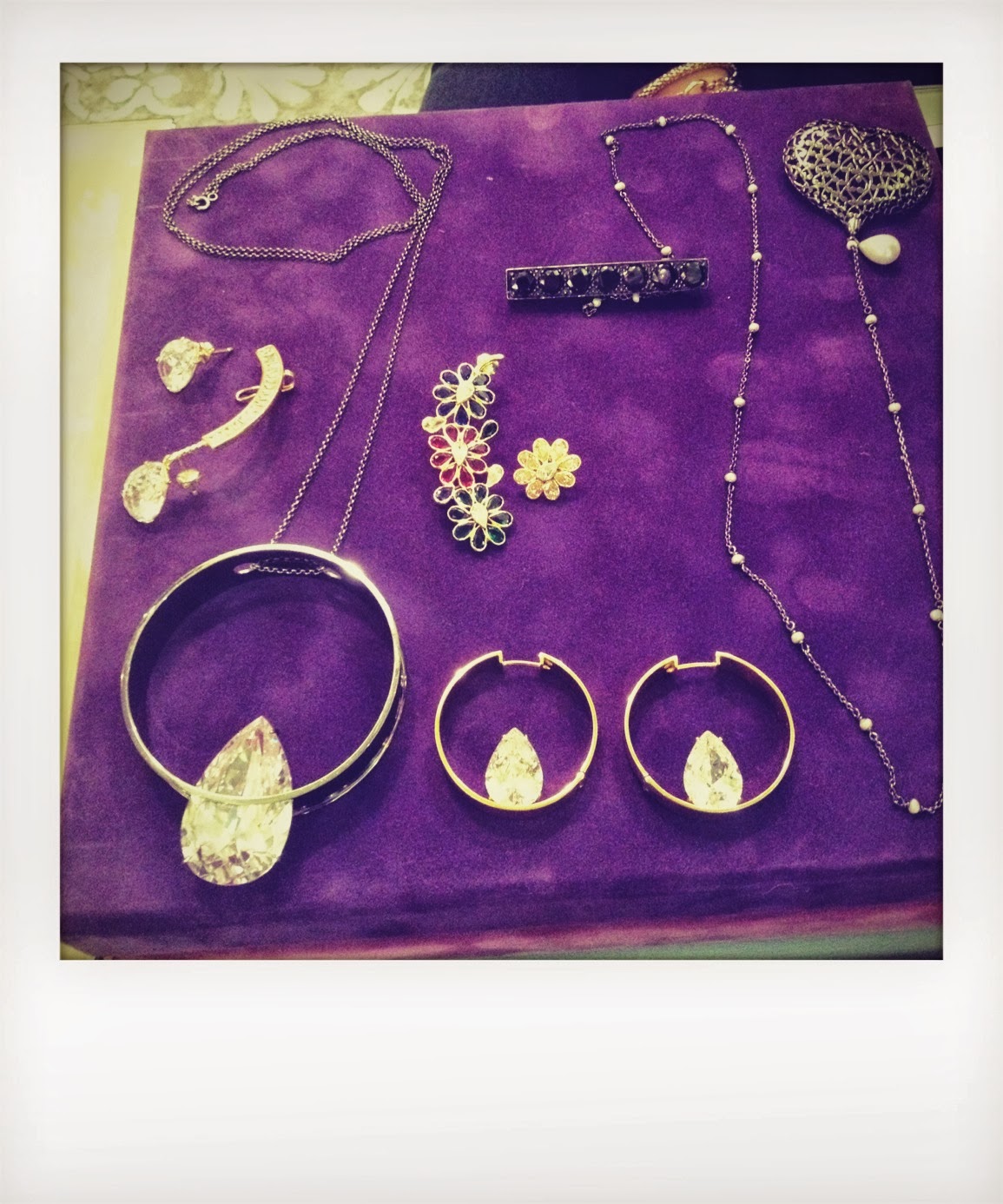 For the event, Mrs B., who loves vintage jewels even more than me, thought to wear her tutù skirt. But in order to avoid to be too girly she decided to put on her laced shoes with a lot of little studs! What do you think?

I would love to check them out. They are beautiful.

Just followed you back. Stay in touch!:X

I just found your blog and I'd like to say, that is amazing! You have awesome design, beautiful photos and interesting posts!

Precious designs, I like looking at jewelry but try not to buy too many. It is so easy to get carried away. Thanks for stopping by my blog. Wow brunch buffet there is just insanely expensive but I bet they taste and are made bettter.

Wow, pretty pieces! You are right, how can we say no to some bling.. hard!

GREETINGS FROM DUBAI!
MRS JACK OF ALL TRADES (a fashion and life-style blog)
http://mrsjackofalltradesdaily.blogspot.ae/

too cute! love it
thanks for stopping by the other day ;)

Oh my goodness, I would love every single pair of those earrings!